If you want to inform yourself about the topic of automation, you will need to learn more about fieldbus systems. The main reason for that is the increasing number of electronic components in nearly every area of life. But what exactly does that mean and where does the wide distribution of fieldbus systems come from? What is the assignment of the fieldbus and how do the communication networks operate? These and further questions will be answered in this blog post. 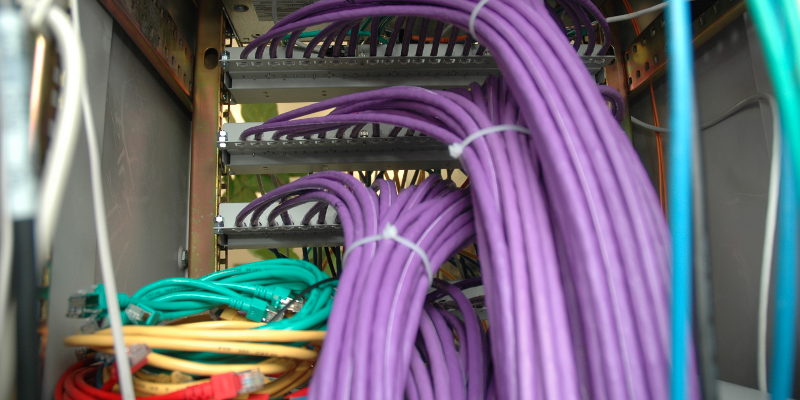 The end of the conventional cabling

The fieldbus is a system which is able to connect many devices of one facility. Usually the connected devices are sensors which notice an environmental change and actuators which actively change the environment. This explanation surely is not easy to understand and for that reason we will try to explain this with a simplified example. So please imagine an older vehicle, without much technical equipment and take a deeper look at the lighting:
In the evening, when it gets dark, the driver (in this example the sensor) grabs the light switch and puts the lights on. The electric circuit is now closed. That means that electricity of the battery flows to the front- and taillights (here actuators). The cabling of the lights with the switches and the battery can be parallel or serial. Therefore, at a serial cabling the line is led past each sensor and actuator, while at the parallel cabling in each case one line of the control device is led to the sensors and actuators. But where is the fieldbus involved?

If you take a closer look at newer vehicles, you will see that they get more and more electrical assistance functions such as parking assistance, brightness sensor, central locking, lane departure warning or rain sensors. These systems all consist of several sensors and actuators. While the cabling – for instance in a Golf II – is not a big challenge, that definitely has changed in recent years. In today’s cars, the cabling brings a big effort to the development, installation and maintenance. In addition, a classical wiring harness with parallel cabling in a modern car would increase the total weight and therefore also the energy consumption.

The fieldbus: a solution of this problem?

In the 1980s, for that reason the development of the first fieldbus generation was put into focus to detach the common parallel cabling. These fieldbus systems only use one bus cable that runs through all actuators, sensors and control devices. By using a fieldbus, all present devices in the field get connected, no matter what kind of device they are. In the automation technology, this method got its entry by the introduction of the serial production of the CAN-Bus (a kind of the fieldbus) in the S-class of Mercedes in the year 1992. Nowadays fieldbus systems are installed in nearly every modern road vehicle.

The triumphal march of fieldbus systems is not merely limited to the automotive industry. Also other economic sectors that dependend on a connection of electronic devices, use fieldbus systems. That is mainly due to various advantages that fieldbus systems usually involve. Therefore, the effort of the cabling gets reduced significantly: the space, the weight and the wiring harnesses can be minimized, the level of protection rises and an easy expansion is supported. Also you will get the possibility of self-diagnostics. However, it should be considered that in case of a failing bus system the control system is disconnected from its actuators and sensors. Therefore, a second, redundant bus level might be needed. In addition, components with integrated fieldbus functionality are more expensive at the acquisition.

At the simultaneous communication of several devices through only one line, certain rules must be fulfilled to make sure the receiver is going to understand the messages that were sent. Hence, it must be defined when (initiative) who (identification) sends what (measurement or command) through the bus line. This happens with the help of standardized protocols. These standardizations were brought together by different international standardizations, since 1999.

Due to the various approaches of the construction (cable type, plugs, etc.) and used protocols a large variety of fieldbuses were evolved. All of them have different strengths and weaknesses and therefore are used in different sectors. The most important fieldbuses are the CAN-Bus (with its further development CANopen), EtherCAT, EtherNET/IP, FlexRay-Bus or PROFIBUS. An extended list is given, for example, at Wikipedia.

The development of fieldbus systems can be seen as a key driver for the age of automation. Many current applications would not be possible, or they would just be inefficient, without using a fieldbus system. Especially the treatments of industrial 4.0 scenarios are dependent to a powerful communication. Therefore, a new generation of fieldbus systems has been developed. These include in particular the various forms of Industrial Ethernet like EtherCAT.