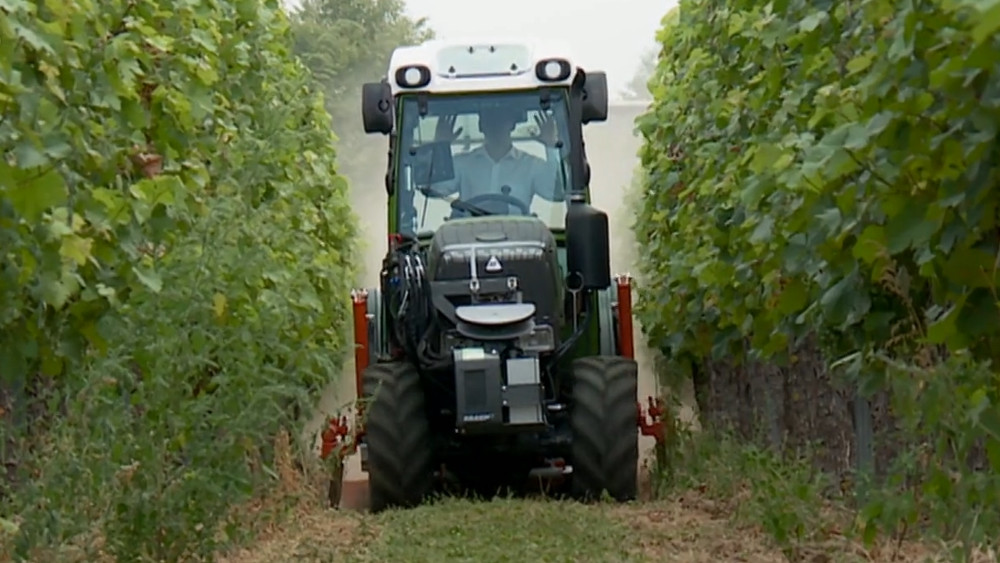 Every single row of a vineyard must be driven through between 20 and 30 times a year. A lane guidance system can relieve the driver considerably. For these reasons, such solutions are widely used in classical arable farming and can be found on almost every tractor. However, the requirements for a lane guidance system in viticulture or fruit growing are very different from those in arable farming.

For example, a lane guidance system in viticulture and fruit growing must be able to cope with permanent plantings, which in most cases were still planted by hand and therefore not completely straight. This is why pre-programmed straight ahead driving, as in arable farming, is often not feasible. The precision required for working on the plant also pushes these approaches to their limits. The vehicle must orient itself to the exact plant positions and thus to the existing curves and bends within the row of vines and drive through them smoothly. In addition, slight variations in the row widths and different vegations in summer and winter months have to be accommodated.

With its predictive environment sensor, the RowCropPilot assist (RCP steering) does just that. It can’t be disturbed by weeds and branches protruding into the lane. The vehicle is positioned in front of the row of vines and the RCP steering is activated at the touch of a button. Then the driver just accelerates. At the end of the row, the driver takes over the steering again and steers the system into the next row of vines.

The RowCropPilot assist (RCP steering) from Robot Makers GmbH relieves the driver of the task of steering during daily work. This allows the driver to devote his attention to the implement while driving in a row. This is particularly important when working with over-row implements (e.g. over-row sprayers) or mechanical soil tillage implements that must be positioned very close to the plant. The operator does not get tired so quickly as a result of the relief. In addition, he maintains a high working speed throughout the day and thus increases the efficiency.

With the help of predictive sensors, the system analyzes a large area in front of the vehicle. The optimal lane is calculated in advance and driven smoothly. Jerky steering maneuvers, such as with purely reactive systems based on ultrasound, for example, are a thing of the past. The system is oriented towards the alignment of the plants and can reliably detect them even when weeds are growing. In addition, readjustment of the sensors to different vegetation conditions is no longer necessary.

Thanks to the predictive and therefore very smooth lane guidance, even inexperienced vehicle drivers can achieve an optimum working result. This ensures a high quality of work for external workers and shorter familiarisation times.

A laser sensor interprets the crops in the row and generates a virtual image of the machine environment. The position of the individual crops can be precisely determined. The system then derives the row alignment of the relevant plant rows and calculates the optimum lane.

The central node of the system is the Generic Control Box of Robot Makers GmbH. This is where the complex environment is identified and the lane calculated. The system communicates via a standardized interface with the vehicle, which converts the specified control signals into steering movements.

The operator can configure and monitor the system via a touch PC in the cabin. A connection to the Vineyard Cloud farm management information system also allows the operator to obtain advance information about the crop and to document the processing carried out directly.

The RowCropPilot assist can also be combined with the Vineyard Pilot Assistant implement automation system (VPA control) from Braun Maschinenbau. This provides an additional increase in efficiency in mechanical soil cultivation as well as when working with complex implement combinations. 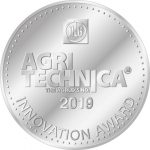