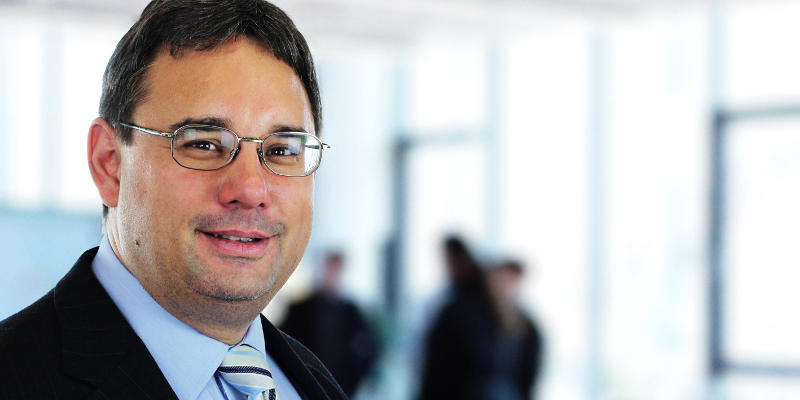 Carsten Hillenbrand studied Electrical Engineering at Karlsruhe Institute of Technology with a focus on communications engineering. In the optional subjects control, signal processing, and image processing he acquired a broad knowledge in the fundamentals of robotics.

Since 1998 Mr. Hillenbrand is working on control design, embedded systems, drives, and sensor systems in the robotics domain. In that context, he designed electronic components for several robots which were fully integrated into a software framework. The focus of his work was the development of novel sensor systems for navigation purposes in mobile robotics. In particular inspection robots for large concrete buildings, bridges, and sewer systems were a major research topic.

Mr. Hillenbrand received his doctoral degree from the University of Kaiserslautern. From 2003 until 2009 he worked as a research assistant at the Robotics Research Lab of Prof. Karsten Berns. In his PhD thesis he presented a climbing robot which achieves high velocities on concrete wall. As a demonstrator for this concept, Mr. Hillenbrand developed the climbing robot Cromsci.

In 1979 Bernd-Helge Leroch (born Schäfer) was born in Mainz at the river Rhine (Germany). From 1999 until 2005 he studied Informatics at the University of Kaiserslautern. He graduated in the field of robotics handing in the Diploma Thesis 'Securtity Aspects of Motion Execution in Outdoor Terrain'. The Thesis was prepared in cooperation with the 'Royal Military Academy Belgium' and has been carried out in equal shares at Kaiserslautern and Brusselss.

In October 2003, Mr. Leroch was accepted as a PhD student in the PhD Program of the Informatics Department. In this context he was given the possibility to integrate early into research activities of the Robotics Research Lab. From 2005 to 2010 Mr. Leroch worked on his PhD thesis with the title "Control System Design Schemata and their Application in Oﬀ-road Robotics". Besides the theoretical specification of design schemata, Mr. Leroch pushed the development of the off-road platform RAVON.