On 29 and 30 August, the Who’s Who of the tree nursery industry met in Ellerhoop for the Nursery Machinery 2019 trade fair. More than 320 exhibitors presented their technology highlights and many innovations in the field of sustainable tree production on around 4 hectares of exhibition space. In addition, several well-attended live demonstrations presented a wide range of equipment in a real working environment. We also had a both at this important trade fair. We also presented our RowCropPilot in several live demonstrations. 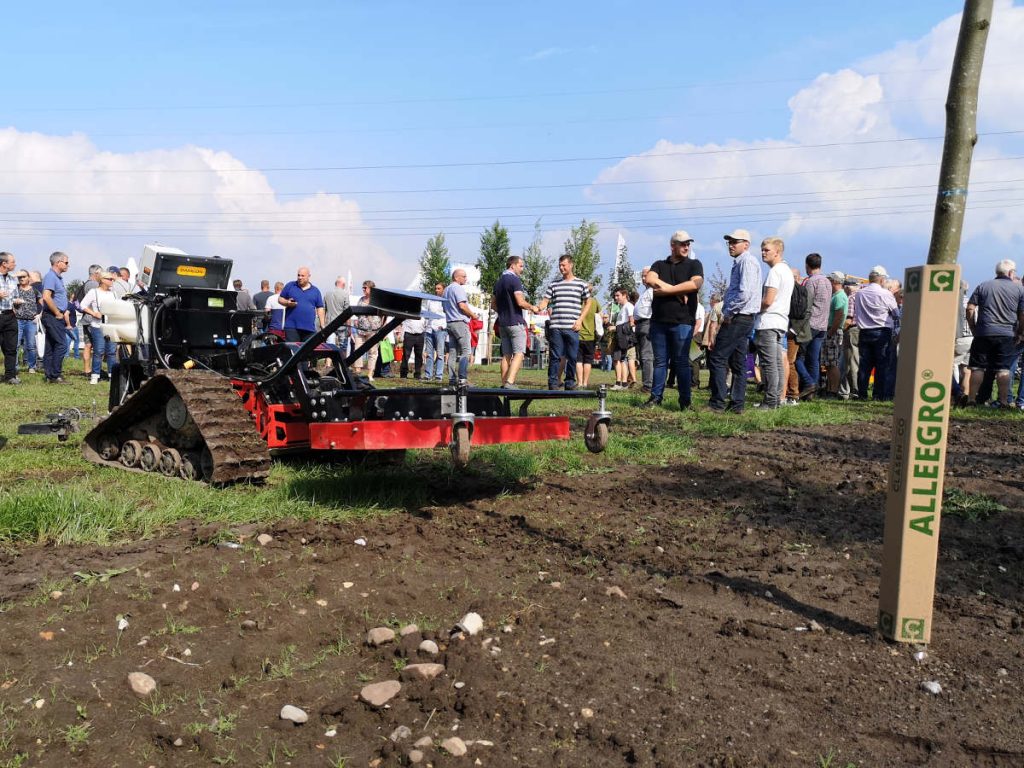 If the first day of the fair still started rainy, the cloud cover opened in the morning and gave the exhibitors and visitors two sunny days at the fair. More than 6000 trade visitors from a total of 24 nations flocked to the exhibition grounds around the horticultural centre of the Schleswig-Holstein Chamber of Agriculture in Ellerhoop. Our booth on the open-air grounds was also well attended on both days of the fair. The direct exchange with the customer brought many new ideas and suggestions for the use of our technology to light. The majority of these will be actively incorporated into our developments.

During the daily live demonstrations, we were also able to demonstrate the performance of our RowCropPilot in a real use scenario. For this purpose, the autonomy kit was mounted on an electrical equipment carrier from Aebi. The vehicle was also equipped with a sickle mulcher and an LV sprayer from Damcon. By the sophisticated system the vehicle is able to drive through whole strokes independently and to carry out the mulching and spraying work. In the following video by Hortipoint Uitgeverij you can see, among many other impressions, our system in operation: