In recent weeks, various intelligent mobile machines from Robot Makers GmbH have been featured on Südwestrundfunk (SWR). On 25 July, the State Secretary for Media and Digital Affairs of Rhineland-Palatinate, Heike Raab, visited us together with the Mayor of the City of Kaiserslautern, Klaus Weichel. 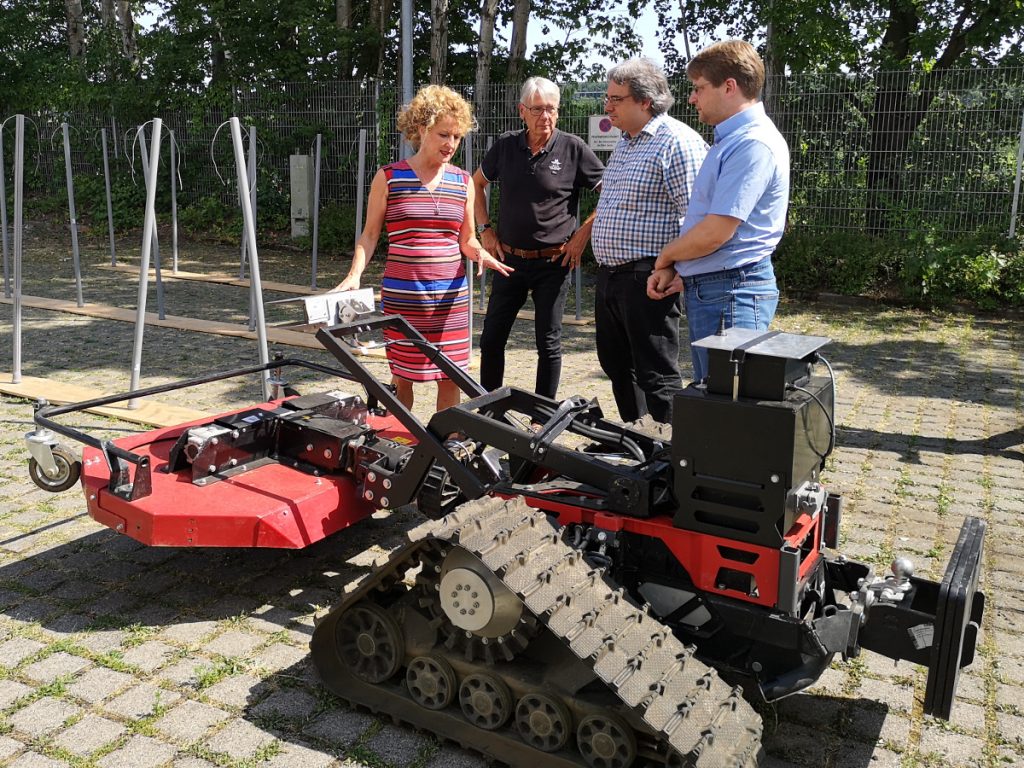 At our company headquarters, the two of them informed themselves about current developments and applications for the new 5th generation mobile network (5G) in our intelligent mobile machines. In this context, the RowCropPilot application kit was also presented on an electrically operated caterpillar mulcher from Aebi. The video of the report in the news show SWR Aktuell can be found here.

In addition, Dr. Volker Wissing, Minister of Economic Affairs of Rhineland-Palatinate, visited our partner Braun Maschinenbau in Landau this week. Managing Director Stefan Braun presented a tractor with the innovative VineyardPilotAssistant implement automation system and the RowCropPilot track guidance system. This enables the tractor to steer independently in a row and to position the implements optimally in relation to the vines. This ensures a greatly increased area output and at the same time an optimised working result. A real added value for the winegrower. You can find the video of the report in SWR Aktuell here.

UPDATE:
Sat.1 has also published a video about the visit of the Minister of Economic Affairs to Braun Maschinenbau. The video can be viewed here.