Last week, the Robot Makers RowCropPilot celebrated its premiere at a nursery in the Netherlands. The autonomy kit was used on an electronically driven crawler vehicle manufactured by Aebi and proved itself under real conditions when mulching in a tree nursery. 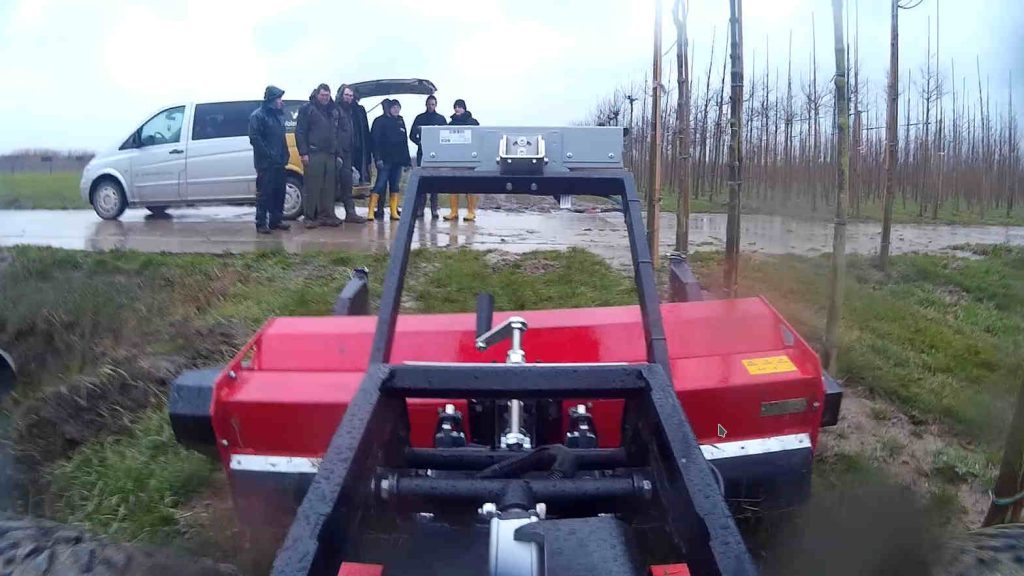 The Autonomy Kit RowCropPilot is independent of the Global Navigation Satellite System GPS, which is not permanently available in the required accuracy due to the high vegetation in nurseries. This makes the RowCropPilot predestined for use in this sector. For documentation purposes, the vehicle can of course be equipped with GPS in order to document the distance traveled, the application rate or the location of the trees. In addition to the mulcher, our partner Damcon has now equipped the vehicle with a weed sprayer, enabling the robot to carry out two recurring maintenance tasks independently and in one operation – a real added value for the operator.

During the presentation and the two-day test drives at a nursery in the Netherlands, the sensor-based environment recognition and driving behaviour were further improved. In addition, important feedback from the end users could be obtained that is immensely important for the further optimization of the RowCropPilot.