After the first participation in the B2RUN-corporate challenge Kaiserslautern last year, the Robot Makers Running Team again took part in the running event in Kaiserslautern’s inner city this year. Thus, the six-kilometer route, which stretches from the SAKS hotel through the pedestrian zone over Barbarossa and Bismarckstrasse back to the Stiftsplatz, was tackled by eight brave runners.

Right after the start at 6:30 pm it was necessary to fight through the many participants in the narrow pedestrian zone, bordered by many spectators. The field was only opened after the turn to the wider Barbarossastrasse, where the run developed a pleasant but still speedy pace. After the supply-station, the long-drawn-out Bismarckstrasse had to be conquered, which at that time was spoiled by the evening sun. The first growing exhaustions were forgotten by the musical support at the Adolph-Kolping-Kreisel and therefore the last kilometer was started with a high motivation.

After the finish line, the Robot Makers Running Team can look back on a strong team performance, with each participant increasing its time by more than ten minutes compared to last year. Thus, the times of our runners were between 28:02 minutes and 34:01 minutes and therefore in the upper midfield of the more than 5500 participants. Of course, we want to confirm this performance again next year. 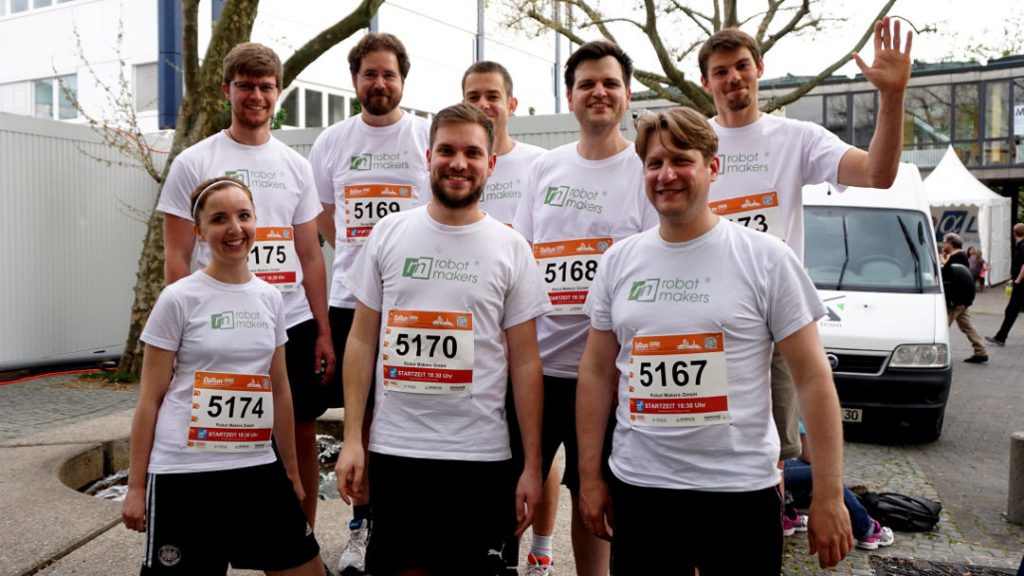